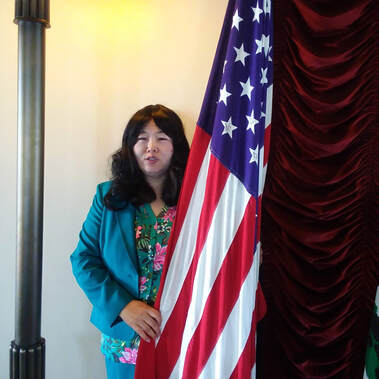 As a senior pastor at Global Jesus Mission Church (www.gjesusmc.org), she has served the communities as an educator, pastor for 30 years through local schools and local churches.

As a CEO/principal of 501(c)(3) workforce nonprofit at Meridian Business Legal Investment Wish Foundation Inc and, principal and professor of MIT University (Meridian Institute of Technology (www.meridianwish.com), and as an entrepreneur, Sarah has been helping the younger generation become educated and has supported small businesses and job creation for more than 30 years through many nonprofit and profit companies. 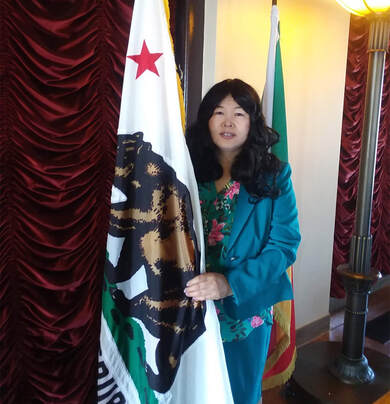 As a CEO of a Real Estate Brokerage & Management Company at Meridian Beverly Hills Realty and Management Inc., she started working in real estate investment business and mortgage in 1996 after graduating from a top ten investment training school, Wiltshire Real Estate School, in 1996. She founded three real estate & finance companies and also worked at the Berkshire Hathaway Beverly Hills for nearly four years during her 26 years in the real estate industry as an investor and a broker.

As CEO of an I.T. & Global Banking Company at MPS Merchant Services Group and ISO office owner, Sarah works with Worldpay by FIS (www.fisglobal.com) along with many of the top ten main processing companies and banks such as Bank of America, Chase, Wells Fargo, First Data Global payment and Elovan while in the merchant services industry. Over the past 26 years,he has supported many small business owners through its global banking business and job training for all ages.

I am here to fight for American justice, prevention of poverty and a better life for our future generations.  JOIN ME and fight together!
Dr. Sarah Sun Liew 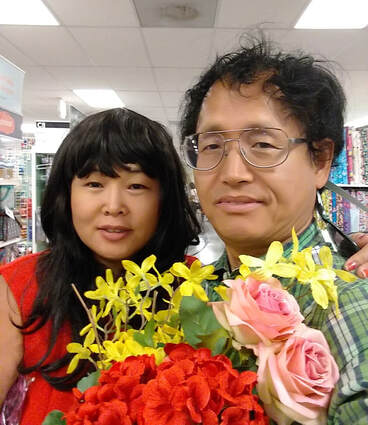 Dr. Sarah Liew was born in An-dong, the hometown of South Korean scholars. All of her family have been successful in various fields in education, politics, defense and medicine.

She came to America at age 24. Before that, she served the community as a professional English teacher/SAT Instructor, Sunday school director, assistant pastor, hospital medical staffer, and worship leader of the Christian Business Owners Association from 1990 to 1995.

Her early academic life experience makes her an excellent political candidate who understands many community issues, including the importance of education and the plight of the poor and needy.

She studied at Harvard Business School and Harvard Graduate School of Education from 2019-2021. She is currently studying at the Harvard Kennedy School of Government's PLC (Public Leadership Credential) program.

At the Wharton Business School Sarah studied Transformative Financial Services and Strategies (2021), and artificial intelligence for business at the MIT Sloan School of Management (2021). Additionally, at the MIT School of Architecture, she studied real estate development planning and process (2021) and economic behavior at the University of Chicago Booth School of Business (2022). She studied at UC Berkeley for a masters in public accounting and finance (2005) and at USC for certified entrepreneurs leadership (2007).

Dr. Sarah Sun Liew has two bachelors and two masters degrees in theology and education from Anyang University and Calvin University. She also graduated with two AAA degrees in nursing from Saint Mother's College and American College USA. She studied English literature and translation at YJ University and attended several colleges in the USA.

Dr. Sarah Liew grew up in a family of educators who have made significant contributions to economics, politics, defense, and education in Korea and the United States. They are a family that achieved global achievements and has produced many university professors at some of the most leading universities.

Her cousin, Dr. John Liew, Ph.D. in Economics, a trustee and a committee member at Chicago University.

Many of her family members have worked as politicians and economists for four generations, with high-ranking officials and outstanding economic developments in both countries.

Therefore, she was born with politics in her blood and has had many role models to help her work great as a political leader and economist. Some family members introduced politicians, journalists, and economists to Sarah who influenced her life and motivated her to run for U.S. Congress. Her grandfather, Jin Gul, Ryu (Liew) was an independent activist, enlightenment activist, economist, and politician who was also co-founder of the Independent Labor Party of the Korean government. He ran for Congress in 1949.

Her grandfather graduated from central university Japan, and he was hired as a Korean teacher of Dr. Ramstedt, a world-renowned linguist. Her grandfather's contributions helped spread the Korean language to the world. The book Korean Grammar, written by her grandfather and Dr. Ramstead, helped many American soldiers in Korea learn and understand Korean during the war.

It is the most critical position that contributed to various Korea's economic growth through significant industries. Her uncle, Ryu(Liew) Pil-woo, was the most crucial person in the senior post because the financial planning agency has planned and carried out all the costs of pioneering the country. Additional, he was also a director of the Korean Defense Industry Department and performed various important tasks for defense in Korea and the United States.​

Her other uncle, Dr. Gong-kyu Liew, worked as an economics professor at Oklahoma Economics graduate School. During his 23 years before his death, Dr. Gong-kyu, Liew was enthusiastic about education and research. He published 50 papers in professional journals and authored 12 books.

As a visiting professor at Harvard University, he had made great strides in econometrics in the United States. He also worked as an adviser to the Korea Research Foundation, run by President Chun Doo-hwan.

He is also a consultant to the U.S. Department of Transportation and has made many U.S. traffic order and traffic metering achievements. He has developed software for weighing constraints, multi-regional variation, input, and output models(MRVIO), https://apps.dtic.mil/sti/pdfs/ADA165509.pdf. He was also an adviser to the Army's technical department.

​Her cousin, Dr. John Liew, became a self-made billionaire and has been featured in Forbes Magazine. He donated 20 million dollars to Chicago University and served as a trustee. John Liew is a co-founder of AQR, the world's second-largest hedge fund company in the world, founded with his best friends. It has contributed to the growth and global economy of many companies around the world.

Dr. Sarah Liew's parents are patriots who have lived in Andong and devoted their life to conveying Korean culture. Andong is a place visited by the Queen of England and her son and is the home of a heritage recognized by UNESCO.

​​Dr. Liew's father inherited her grandfather's wealth and family legacy, making her parents the wealthiest villagers with 27 housing units and a collection of real estate. As community leaders, Dr. Liew's parents always helped those in the village who were in need. They supported the elderly, single mothers, the less fortunate and many people in need.

They provided for free housing, employed those in need of work, allowed workers to use short-term public kindergarten school and would hold community meetings from their house. Her parents had a big heart for their community. From early in her childhood, Dr. Liew learned public service by helping her parents continue the family legacy and mission to serve the community.

Dr. Liew's aunt lives in Texas, and her husband served in the U.S Army for more than 26 years. Dr. Liew's old sister, two senior brothers and two sisters-in-law live as role models and exemplary leaders in society. She has ten nephews and nieces in Korea and America, and all of her family are working hard for future generations.

Dr. Liew married her husband Abraham Lee at Beverly Hills. They have many spiritual children through their ministry life. They are serving the community together with three profit companies and two non-profits in Beverly Hills. Sarah's husband Abraham Jae, Lee is also a life-long learner. He graduated from MBA school in Fairfield, Iowa. His work spans more than 20 years, involving various university programs and research projects.

Dr. Sarah Sun Liew thinks that now is when a politician with her expertise and experience is needed. She is a political leader who can solve various problems in our communities, and her adventures in so many diverse areas would be indispensable.

She believes the country is going in the wrong direction. That is why she has decided to run for U.S. Senate, to make this country even stronger by saving the economy and creating many new jobs. ​

Dr. Sarah Sun Liew believes that for America to be strong and competitive in the 21st Century that she must guarantee opportunity and prosperity for ALL.
​
She is a true leader and is committed to establishing justice and law in the United States, so that many leaders in all fields can fulfill their roles and become great leaders through economic stability, prosperity, and job creation.
View Issues and Solutions

Show your support for Dr. Sarah Liew's campaign for U.S. Senate by making a contribution.
Thank you for your support!
Contribute